Our Beauty P.I. series is where Makeup.com editor Alanna delves into the history of various makeup products — where they originated and how they’ve evolved. Next up on the list is the conception of the red lipstick.

When you Google “red lipstick,” you’ll be met with thousands of images, shopping modules and makeup articles — all fighting for your attention to either educate you or sell you an infamous crimson tube. What you won’t find sprinkled across those digital pages is the reason why you’re browsing in the first place: You’re searching for that *magic* in red lipstick form — that instant boost of confidence that perks up your mood with just one swipe.

Red lipstick is special beause it’s the one makeup product that has the power to make every wearer feel invincible, no matter who you are or where you come from. Thanks to this little tube’s rich history, red lipstick has completely surpassed any other makeup product in existence.. and it all started with royalty. 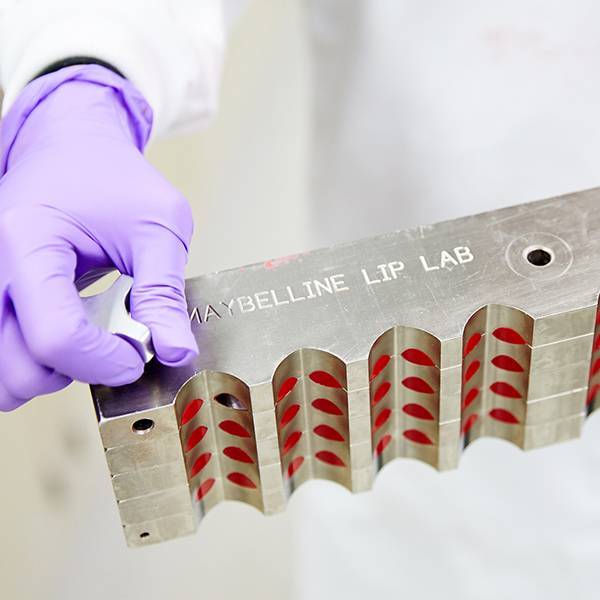 The red lip stems back to 3000 BC, in the ancient worlds of Mesopotamia and Rome, according to Marie Claire. Ancient beauty gurus would combine sediments of red ochre, carmine and various waxes to add color to their cheeks and pouts, Fashionista reports, and perhaps the most familiar red lip-donner in the ancient world was one of the first icons of beauty to ever grace our past: Cleopatra, of course. Elle reports that the Egyptian Queen was known to mix her red lipstick formula with beetles and ants (ya, kind of gross), and while this formula certainly didn’t catch on, the significance of Cleopatra’s red pout did. Red lipstick became an instant symbol of regality thanks to Cleo, and this is likely how the notion of “red pigment equals power” developed.

It’s also important to note that OG red lipstick formulas were actually pretty dangerous. According to Elle, the term “Kiss of Death,” actually referred to the dangers of high toxins being placed on the mouth, which were also likely ingested accidentally, causing many deaths back in the day. We’d certainly do just about anything for a perfect red pout — but we will admit that this is on an entirely other level.

A Change in Red Lip Notoriety

Fast forward through the Medieval times (they weren’t exactly known for beating their faces); the next point in time that was extremely red lip-centric was the Elizabethan Age (also known as the mid-1500s to the early 1600s). According to Mic, this is where formulas got a little safer because red lipsticks began being made with dyes from plants. *Cue the sighs of relief.* With this change in formula however, the significance of the red lip also shifted. Red lips became a symbol that warded off evil spirits during Elizabeth’s rule, and it wasn’t until the 1700s that red lipstick’s meaning shifted to precisely the opposite.

Red lips with their powerful aura, soon became equated with questionable morals around this time, and when Queen Victoria pronounced that wearing makeup was out of fashion, the European red lip disappeared for a while. In America, however, red lipstick was just getting started.

According to Marie Claire, Sears Roebuck (yes, THAT Sears) ran one of the first advertisements for lip and cheek rouge in the late 1800s. The red color became popular amongst pioneering makeup brands, from Elizabeth Arden to Max Factor as the 20th Century approached — suddenly, everyone was vying for that perfect red pout. At this time, the primary ingredient for red lipstick was carmine, which makeup textbook, Classic Beauty: History of Makeup describes as a “red pigment obtained from the dried bodies of the female cochineal insect.” Granted, it’s not a charming ingredient, but it got the job done. 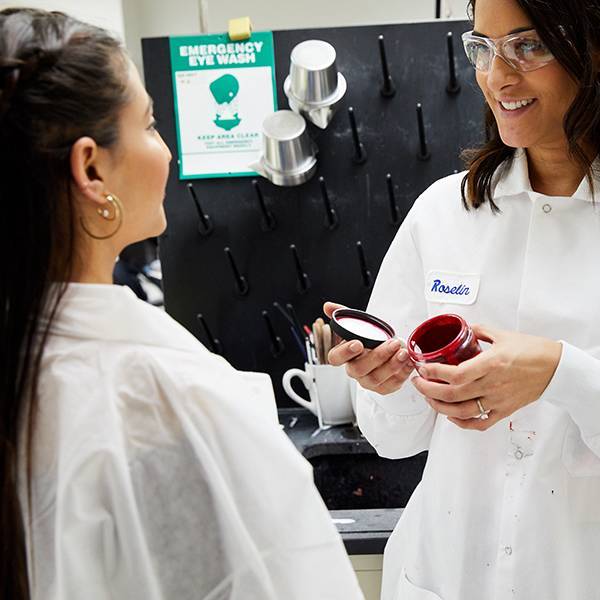 Red Lipstick on the Silver Screen (and Beyond)

Like many other makeup trends, red lipstick blew up thanks to Old Hollywood and film — it was a staple in the makeup bags of Clara Bow and Greta Garbo. It wasn’t until the 40s and 50s that red lipstick was popularized by (and sexualized) by actresses Marilyn Monroe, Rita Hayworth, Elizabeth Taylor and more. In fact, Elle reports that it was the influence of these idols that drove nearly 98% of lipstick wearers.

Although red lipstick had a dormant period in the 60s and 70s, with the help of Madonna, red lipstick once again dominated the beauty space in the 80s into 90s. This is where the narrative of red lipstick once again paid homage to its rich history — red lipstick became known as the OG lip color of all time. That’s often why a lot of makeup brands call their signature reds “01.” (Looking at you, YSL Rouge Pur Couture Lipstick).

Today, a power red is a staple in any beauty guru’s collection.The good news is that the modern day red lipstick formula is perhaps the safest it’s ever been, notes L’Oréal Chemist Roselin Rosario (TG, right!). For every lipstick produced today, you have a main formula with a couple of standard components. “You have wax,” says Rosario. “And then a mixture of different oils and pigments. Sometimes you’ll have a type of filler, if there’s sparkle or to give you a matte effect,” she says. The other two ingredients? Generally a fragrance and any other additives.

But what’s so important about this formula being correct? Everything, Rosario urges. “Waxes give you the structure of the lipstick; if it’s a liquid lipstick, it’ll give you consistency.” What’s most interesting is that you can make so many formulas, but you have to make sure every element seamlessly combines. “In theory, a formula on paper should work,” says Rosario. “But when you combine it with some other ingredients, you might have some sort of unexpected interaction. Making sure that all of your ingredients are happy together is one of the most difficult parts, but the most rewarding,” she adds. 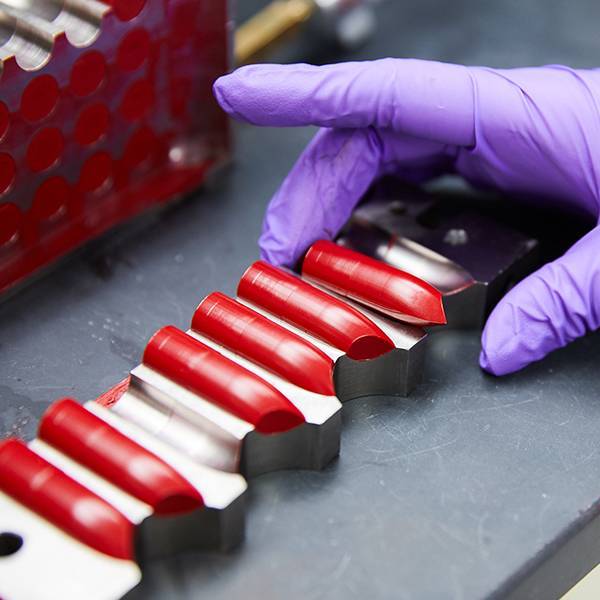 As for the red chromas (and the thousands of undertones and hues that we’re now able to create,) it’s all a balancing act as well. “We have like 10 to 12 different pigments,” says L’Oréal Chemist Yan Lee. “Some of these are reds, yellows, blues, blacks, whites. For a red red, we have this one pigment that’s a dark true red with some bluish undertone. If we want to change that, we can add a yellow pigment to make it more yellow, a black pigment to make it deeper, or a white pigment to make it brighter,” she says. With these pigments, just about any red can be created.

So here we are — Googling “red lipstick” once again. We know it’s formulaic history, we know how to wear it, how it’s made and what finish we might like to try. But now we also know how red lipstick came to be the powerhouse makeup product it is today. Red lipstick is the past, the present and the future — and if that’s not what #makeupis, I’m not sure what is.