3 Halloween Makeup Tutorials in One — All With Drugstore Makeup! 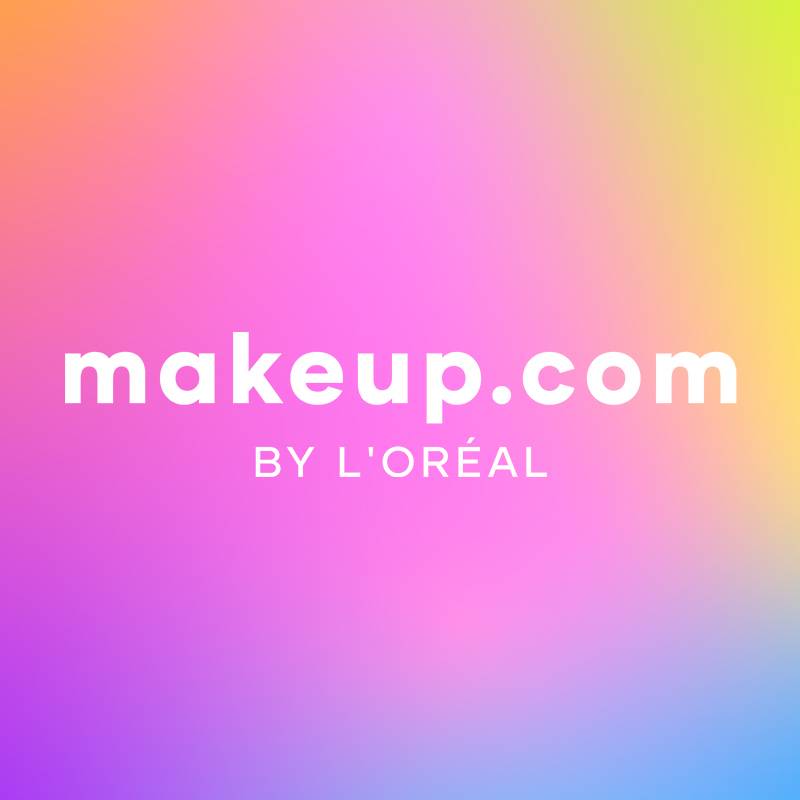 There are few things in life more stressful than finding the perfect costume for Halloween. Now that we’ve all graduated from trick-or-treating age, Halloween is more than just one night — more often than not it’s an entire weekend (or two!). If you don’t want to spend a ton of money on multiple costumes or don’t think it’s worth the hassle, don’t worry; we’ve come up with a tutorial that gives you three looks in one. This drugstore Halloween tutorial takes you from a glittery unicorn to an underwater sea babe (more commonly known as a mermaid) to a galactic superstar. Pick one or morph from one to the next as you party hop — either way you’re gonna look bomb.

Watch the video, ahead:

The key to this is a good base — the eyes and lips stay the same in each of the three looks. So mastering the first step is the most important part.

Step 1: Using the pale purple color, place the shadow all over your lid, stopping at the crease.

Step 2: Layer with a light pink shade; use a stiffer brush to really pack that color in.

Step 3: Take the dark purple shadow and define/shade in your crease.

Step 4: Take that dark purple shade under the eye for a pop of color.

To Become a Unicorn... 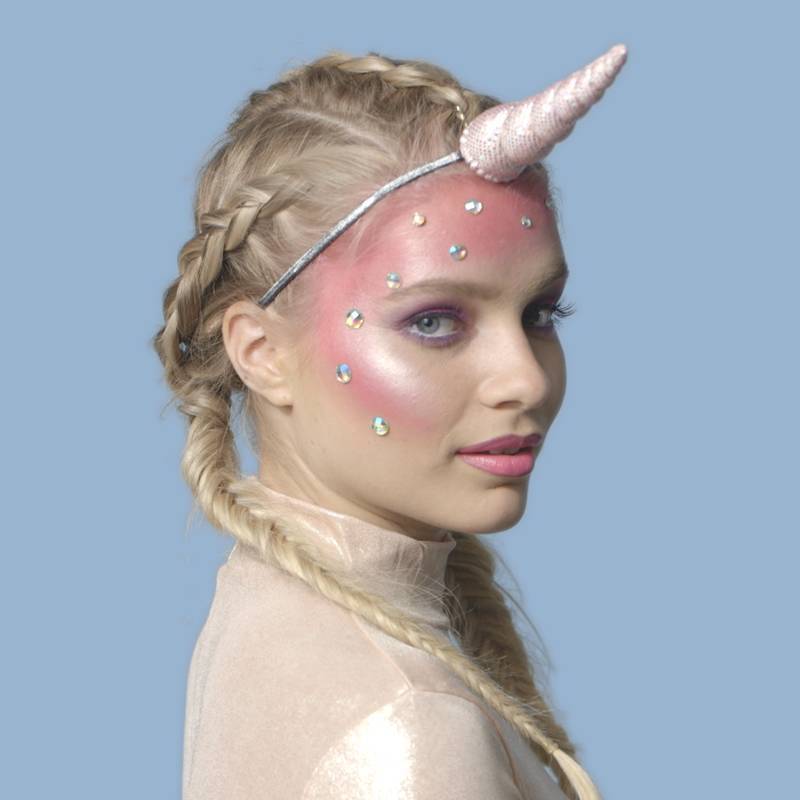 The unicorn makeup trend may have reached fever pitch, but it shows no signs of slowing down.

Step 1: Dip back into that pale pink shade, and pack it onto your face using a fluffy brush. Don’t blend too much though — you want people to see your unicorn look from across the room.

Step 3: Add some crystals to your face (eyelash glue comes in handy here) and a unicorn horn to complete the look.

To Transform Into a Mermaid… 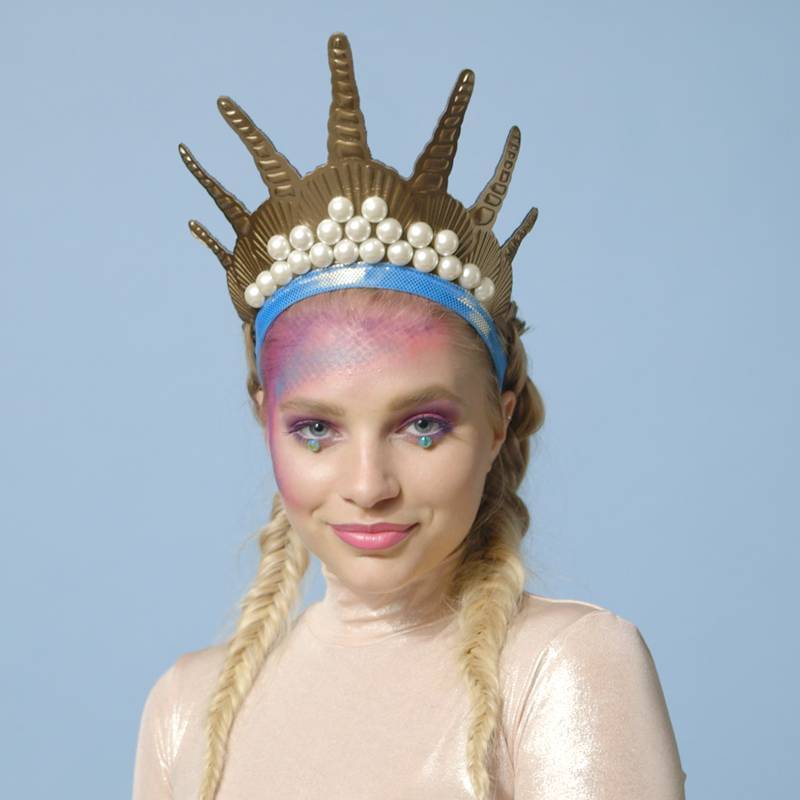 Move over Ariel — this is how to get the mermaid look right in 2017.

Step 1: Place the fishnet over the area where you want scales.

Step 2: Using the purple shadow, place the shadow on top of the fishnet.

Step 3: Take the teal shadow and place that it on another section of your face (place them close together for a fun, gradient look.

Step 4: Add a sea crown and some crystals underneath the eye and turn into an underwater goddess.

For a Look That’s Out of This World… 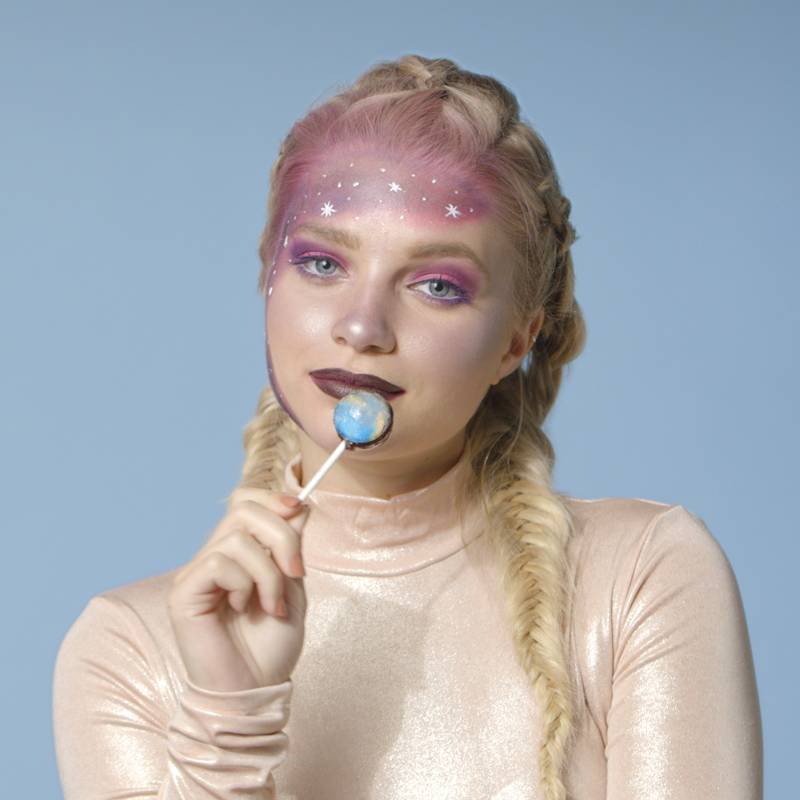 Galaxy everything is so hot right now — makeup included.

Step 1: Apply purple mascara to your top and bottom lashes.

Step 2: Using the darkest shadow in the palette, pack the color on top of the initial pink shade. (Space is deep so you have to be too — but don’t forget to blend!)

Step 4: Add a dark lip to finish it off.

Will you be trying one or all three?