I Recreated a Fashion Week Makeup Look — How Did I Do?

You never quite know what you’re getting yourself into when you head backstage during New York Fashion Week. Will you gaze upon a makeup look that would have taken you eight hours? Or will models be glistening with just a touch of highlighter? This season, we’ve already seen a ton of great beauty looks from both sides of this dichotomy — like drool-worthy nails by Essie at Opening Ceremony, a graphic liner look at Laquan Smith and a berry-stained lip at Jonathan Simkhai. The last of which is so perfect for fall that I decided to DIY it to prove it to you.

“The look is innocent but strong,” Maybelline makeup artist Grace Lee explains. “We wanted to keep the skin super pretty and natural. There’s shimmer, but it’s all about the skin with a lot of highlighter in the right places, a groomed boyish brow and one coat of mascara. I literally made her [the model] curl her lashes for a good 15 seconds on each eye so you really get that innocent quality that a lot of young girls have when they have perfect eyelashes.”

“The naughty part is this lip. It’s a dark berry stained lip that bleeds out — like she’s been eating cherries or sucking on a purple popsicle or drinking wine if she’s old enough,” Lee explains, as she perfects the brows of a model, making quick hair-like strokes. But the main event was obviously the berry lip, which Lee worked super quickly to recreate as the long-lasting lippie fought to dry down to a matte finish. “It dries quickly ands stays put,” she explains. “Place the most color in the center of the lips and if it dries down, put Baby Lips over it to rework it — it’s a great extender for anything.” I watched Lee use a fluffy brush to push the color towards the perimeter of the model’s lips, and I knew I’d have to recreate it, ASAP. 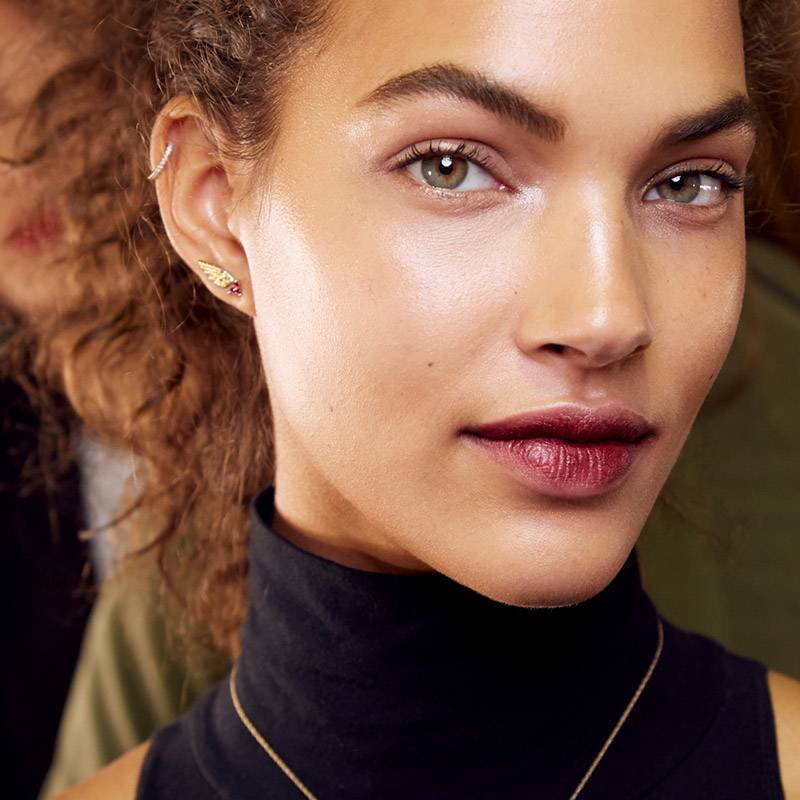 To get the same look at home (well, really at my desk), I used the following products: Maybelline SuperStay Full Coverage Foundation, Instant Age Rewind Concealer, Great Lash Mascara, L'Oréal Paris Makeup Brow Stylist Definer Pencil, Master Strobing Stick, Baby Lips in Quenched, an eyelash curler and, the star of the show, Maybelline SuperStay Matte Ink in Composer. The majority of these products were used backstage at Simkhai and lined the workspaces of every makeup artist station. 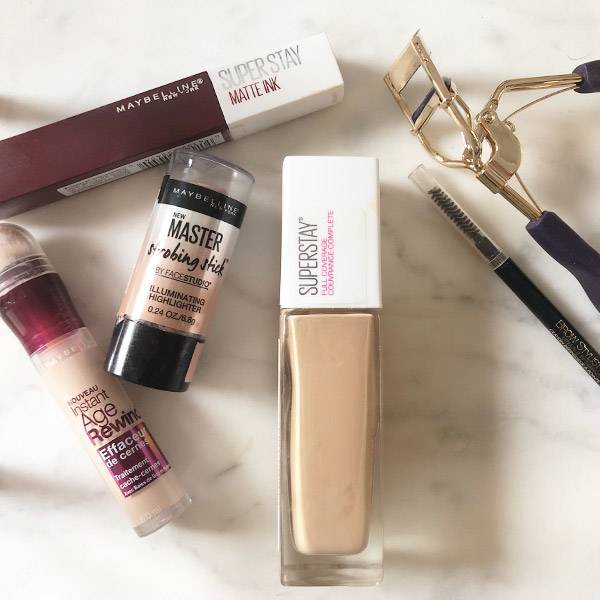 I followed the same instructions from the step-by-step Lee came up with for the artists. I started with my foundation and then generously illuminated the high points of my face. I defined by eyebrows, but I didn’t go overboard so as to retain that messy youthful look. From there, I spent 15-20 seconds curling my lashes. Mine aren’t the easiest to curl, so you might be able to get away with less to achieve a similar look. I applied just one coat of mascara and then prepped my lips for the main event using Baby Lips in Quenched — then I said a quick prayer as I grabbed my SuperStay.

I’d be lying if I said my berry stained lip came out fantastic on the first run — or even the last. Personally, I found that using a brush made things more difficult (and messy) than using my own finger to blend the lipstick out, which ended up giving me the best results of all. I finished by putting some concealer just outside of my mouth to blur the edges. Sure, the result isn’t as picture-perfect as Grace Lee’s work, but if there’s one thing I learned from this whole experience, it’s to just go for it — the result is worth it. 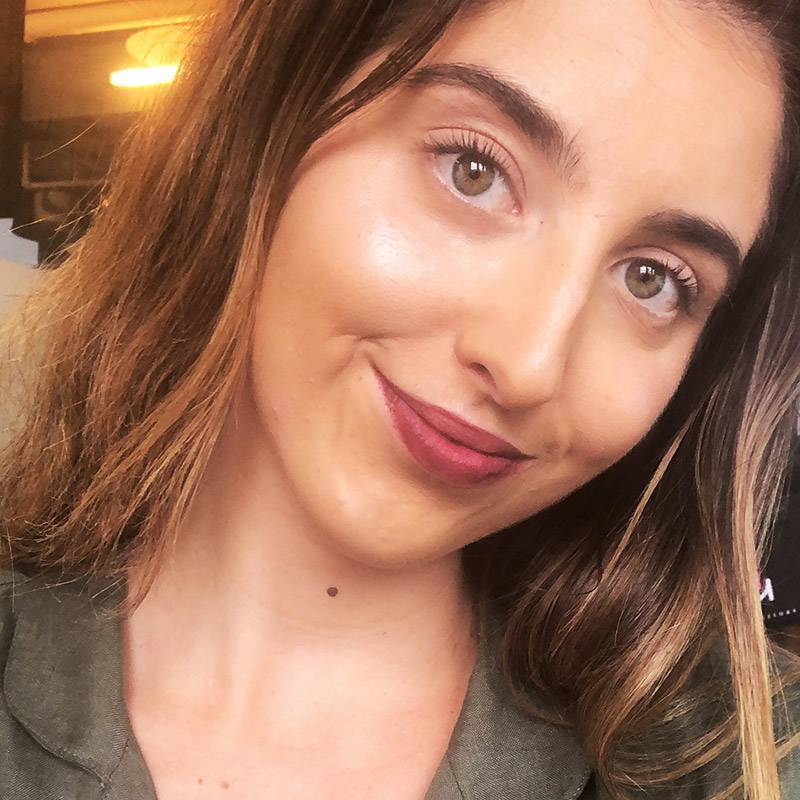